A Beginner’s Guide To SPAC Stocks in 2022 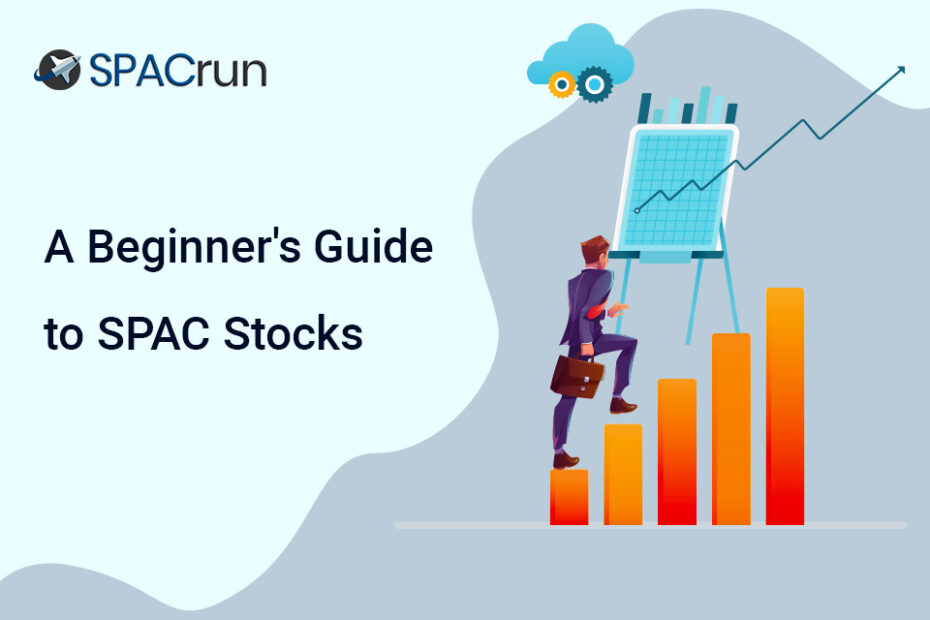 The year 2021 has been filled with many surprises in the field of businesses and corporations. For instance,  the surge in SPACs has made analysts coin 2021 as the “Year of the SPAC.” In the previous years, investing  in a SPAC was seen as a risky move. Nonetheless, this method of acquiring companies has become more  prominent due to the economic bubble. 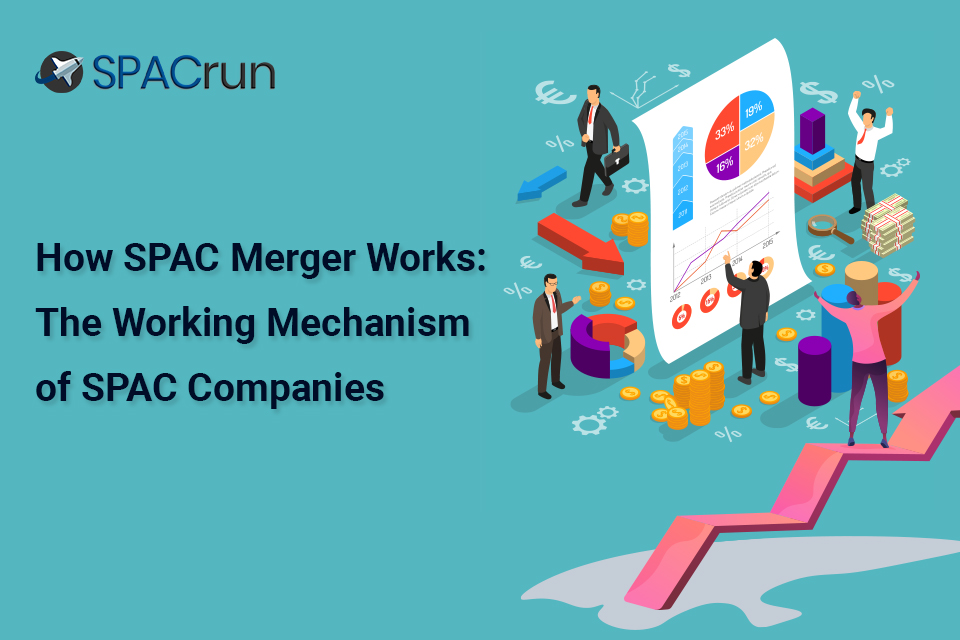 One of the most frequently asked questions in 2021 is – what are SPACs? People outside the circles of stock traders and business owners might think that a SPAC operates like any other company. However, a special purpose acquisition company (SPAC) is merely a blank check company.  Otherwise known as shell companies, SPACs are set up to acquire a private company. In this acquisition  process, the “target” company goes public without undergoing the traditional initial public offering (IPO).

SPACs make people place their money and resources into it even before a target has been announced. For  some people, this is seen as a risk. However, more people have taken the opportunity to place their trust in  SPACs. This happens due to the faster publicizing of a corporation if the merger succeeds. 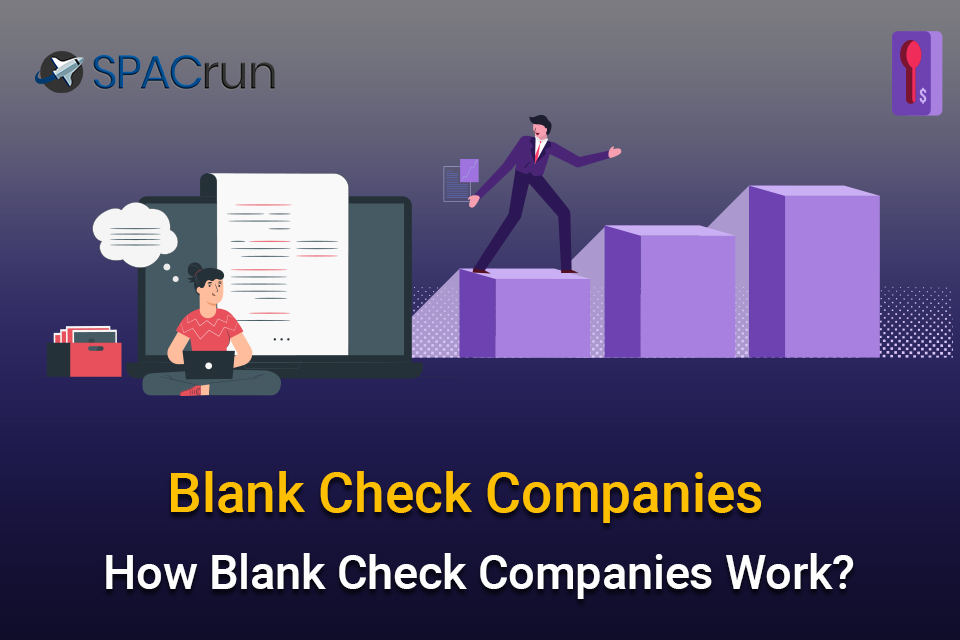 Since SPACs are registered entities with the Securities and Exchange Commission (SEC), anybody can buy  shares before an acquisition happens.

Why are SPACs Popular?

This unorthodox method of public acquisition has become a debated topic due to the risks associated with it.  In reality, SPACs are not a new concept. They have been around for decades but have experienced a  resurgence within the last few years. Part of what makes them lucrative is the lack of an IPO, which often  takes up time and resources.

Due to the faster turnaround, there is a lack of red tape, and the costs that companies must pay for are  reduced. Traditional IPO processes involve multiple financial institutions, angel investors, and other parties.  However, the public does not get many opportunities to invest in an IPO because high-profile entities are the  target of roadshows.

A SPAC’s shares can be bought before any acquisitions, and since some see it as a risk, people from all walks of life may invest in them. A SPAC may be worth pursuing people who have a “high-risk, high  reward” mindset.

Some of the catalysts why investors think 2021 is the year of SPAC is the acquisition and mergers of companies that are good pairs. For example, in March 2021, Churchill Capital IV (CCIV) merged with Lucid Motors. This SPAC was considered undervalued by some investors, triggering more stockholders to  invest more in the company. After this merger, various car rental companies in the US have shown interest in SPAC.

The Rise of SPAC and Its Effects

These benefits are just some of the reasons for the popularity of SPACs in the past year. The stock market  experienced a lot of movement on the SPAC front, which is why these shell companies are working hard to  find their target acquisitions. The reason for this is that SPACs must merge with a private company during a given time frame, or it has to dissolve and return all funds to its investors.

Currently, companies involved in sustainable technology and electric-powered vehicles are the most popular  targets. SPACs have become an effective way for business moguls to raise funding and build up their  presence in the industry. In the first half of 2021 alone, SPACs have raised over $90 billion in funding. This  figure is even more than that of 2020, which was $82 billion.

Rise of SPAC IPOs in the US

Besides the ongoing changes in the sociopolitical landscape, one of the catalysts for the SPAC boom is that  many big companies are considering using this tactic. For instance, WeWork is one venture that is  entertaining the idea of going public with the help of a SPAC. Also considering this move are Opendoor and Virgin Galactic, and many other start-ups and companies.

Other celebrities and influential people are also getting into the business of SPACs. Some examples include  Bill Gates, Shaquille O’Neal, and Serena Williams. Even media companies such as Bustle and Vice are also  in talks to use SPACs to raise funds for investors.

Much like any matter related to the market, stocks are one thing to watch for when it comes to SPACs. In the  past ten years, thriving business deals were the result of private financing. Private equity firms and venture  capitalists were at the top of the game, and there were very few public companies. As a result, the general  public did not have many opportunities to invest in their chosen businesses.

SPACs present a shift towards the market being more equitable for everyone. With a SPAC, a regular person  has as much chance as a celebrity to invest in a potentially lucrative deal. As mentioned in the previous  sections, notable companies have increased their reputations due to their involvement with SPACs. A prominent example is DraftKings, which has vastly expanded its initial $10 price.

These movements may motivate people to buy stocks from shell companies, bringing in opportunities to  diversify portfolios.

In the past six years, SPACs have consistently increased in the United States. The country is the most  lucrative site for blank slate companies, where they have enjoyed a healthy amount of investments,  especially within 2020 and 2021. During the previous year, SPACs have raised over $80 billion in funding,  which was almost eight times the amount in 2019 (over $13 billion).

In comparison, the European region has fewer movements on the SPAC front. The continent did experience  a peak run in 2017 when €44 billion was raised in funding. Other areas are still behind in SPACs, although  many are now allowing these setups to proliferate. These include Canada and South Korea. Hong Kong is  also entertaining the idea of permitting SPACs.

SPAC Data and Where to Find Them

Considering the amount of press that SPACs have gotten due to their popularity, it is no surprise that there  are numerous websites keeping track of data and listings. One source of SPAC data is SPACrun, a website  that provides intel to investors who want to get the first dibs on upcoming SPAC IPOs. SPACrun helps you track your favorite SPAC companies, and provides real-time email and SMS alerts for key merger and  definitive agreements news.

There are also numerous online forums and social media websites that have spaces dedicated to answering  questions about SPACs. Platforms such as Reddit allow people to engage in discourse about the stock  market, and one can get valuable insight from others through posts and comments. In addition, it also helps  to pay attention to reliable outlets such as The Wall Street Journal. Television news networks such as  Bloomberg also have dedicated programs to the stock market.

Is It Safe to Invest in SPAC?

Much like other financial matters, advantages and disadvantages are present in a SPAC. These must be carefully weighed with each other before coming up with a final decision. This is the only way to answer the  question, “are SPACs safe to invest in?” After all, the SPAC itself already has little available information on  what company it will acquire in the future. It is best to consider all the factors at play before placing any amount of resources in an investment.

For a person looking into investing in a SPAC, it is crucial to go beyond the usual research methods. The  most important actors in the business include those in charge of the SPAC itself. They must have a good  reputation in the corporate world for potential investors to have confidence in their SPAC. In addition, it is  also a big help to figure out the type of industry they aim to enter with the acquisition.

It is important to note that the risks are high with a SPAC, but the possible benefits are also high. One can never know if the company acquired may turn into the next big thing in its industry. However, investors  must prepare for possible price hikes. It is also beneficial to keep a mindset similar to that in a usual stock  trade, as losses can happen at any moment.

After all, start-ups are a gamble themselves. But it is essential to remember that there might be more considerable opportunity costs by not taking the chance to invest in a potentially beneficial deal. It comes down to how much resources one can afford to put into the SPAC, as well as the urgency. Of course, it is not  advisable to bet one’s money on a SPAC if they have other pressing concerns that require finances.

Prioritization is essential in life, and finances are one area that needs to be at the top of every list. This does  not mean merely being financially literate. It also means responsible spending and investment. SPACs may bring in high rewards when they pay off, but high-risk conditions must only be entered when people have the resources to spare. Otherwise, they might be entering a situation that will only give them a difficult time.

Regardless of one’s decision to continue investing in SPAC, there is no denying that they have changed the  investment game in the past two years. While it might be too early to see if they are here to stay, SPACs  present an opportunity for people to take part in the stock market. They might always have had the option to  buy stocks, but SPACs allow the public to become part of decisions before a company gets listed.

The key is to be mindful of the resources one has and carefully weigh options before making a gamble in a  SPAC or any business arrangement.